For many, a raccoon is a trickster and scavenger associated with scrounging around in dustbins and trashcans. They are smart little creatures who have figured how to make good use of their front paws on things such as cardboard boxes, bottles, and containers. But let’s look at the spiritual meaning of a raccoon.

The spiritual meaning of a raccoon can differ from culture to culture, but in general, the main components related to this animal are adaptability, dexterity, disguise, resourcefulness, trickery, and training. It also lends itself to the idea of wearing a mask, being a scavenger, or deceiving.

The raccoon is native to North America; however, they have been introduced to Central and East Asia, Europe, and even the Middle East over the past century. These poor creatures have been exploited for their fur and bred for captivity. To find out what they represent spiritually, though, be sure to read on.

Spiritual Symbolism And Meaning Of A Raccoon

If you are sighting raccoons frequently during the day, especially if it is far more so than usual, it may symbolize that someone around you is donning a mask that needs to be removed. Alternatively, it may be that you are the one who is putting up a front and that you need to unmask yourself to become authentic.

In many cultures and civilizations, the raccoon is seen as a trickster spirit as it uses its cunning and clever ways to steal food from other animals. This is something we’ll look at in greater depth, but basically, what we are looking for is whether someone is potentially stealing from you in some way or if it is self-inflicted.

Another curious component of raccoon behavior is the habitual dousing of their food in water, and this was noted in the names it has been given, such as the German name Wasch Baer (washing bear). If you have ever witnessed this, you may think it is to clean their food, but that is not the case.

Raccoons dip their food in water to gain additional sensory information about what they are eating. If you spot this, it may be a sign that you need to become more sensitive to what you are experiencing in life at the current moment. Please do not take things for granted, but rather dissect them and investigate your life matters.

Although many see the raccoon as a trickster and potentially a thief that causes chaos, some see them as loveable rascals who actually have supernatural powers and are truly loving and nurturing creatures. This is particularly recognized in how adept the females are at protecting their young.

So it may be that you are in a space in life where there are those around you who require your care and protection, or it could signify that you need to safeguard yourself. This could take many forms, such as emotionally, interpersonally, or merely protecting yourself from the negativity surrounding you.

When dreaming about raccoons, we need to do a fair amount of reflection and introspection as there is no clear-cut answer. Rather the meaning may differ from person to person, depending on the relevance in their life. However, with that being said, the most likely of meanings is pointing to a thief.

This may not be as obvious as someone stealing something like money from you, but it could even be that someone is taking advantage of you somehow. The alternative is that you may be robbing yourself in a particular way. This could mean you are wasting your time on trivialities and not moving towards your goals.

It is important to note what the raccoon is doing in your dreams, as this will help unlock the true meaning. For example, if the raccoon is merely walking near your house and seemingly minding its own business, it may mean that you think friends surround you, but you are being deceived.

If you witness a raccoon managing to make its way into a trashcan, locate and open a tasty morsel with ease, then you may be looking at the need to show resourcefulness within a given area of your life. Also, by persevering and being adaptable, you will ultimately acquire what you desire.

Raccoons tend to be mischievous, playful, and curious creatures, usually living on the outskirts of human settlements. This is due to their being solitary animals who need to escape into the wilderness, but at the same time, they enjoy the ease of acquiring food that we (unwittingly) leave out for them.

They are one type of animal which seems to live amicably with animals and humans. Something we can take away from them is their innate ability to live in harmony with themselves and the world around them. There is a definite give and take as far as they are concerned, even if they sometimes leave a mess behind.

The raccoon could also be seen as representing the human ego. It is looking for space to claim within the world, but it needs to be addressed with maturity and empathy. The ego is not a bad thing as it is a component of our consciousness, but it does require guidance and direction.

Some people are known to keep raccoons as pets; however, they can carry rabies and have been known to bite. Therefore, unless it is a truly domesticated raccoon, one is advised to keep them off your property. If you encounter raccoons, many legends suggest that it is a forewarning for deception or burglary.

The Raccoon As A Spirit Animal

As a spirit animal, the raccoon indicates that you have a problem-solver watching over you. Raccoons are exceptionally resourceful creatures, and we can learn a lot from them. These cunning creatures can solve their way out of tricky situations and are known for being intelligent and dexterous.

The raccoon typically keeps different hours to the rest of us, in that it is nocturnal and spends most of the day in trees and then hunts and scavengers at night. You may find yourself in a space where you have to work longer days, and the raccoon is there to encourage you through that.

It may also encourage you to work smarter and not just harder, as we are led to believe is the key to success. On top of this, the raccoon will lead us to question whether we live as our true selves or hide behind masks. We all portray ourselves in certain ways in different situations, but is that good?

From childhood, we are taught to hide our true thoughts and feelings, and the raccoon questions this and warns us that we should only be doing this for the right reasons. Also, we are to scrutinize what the “right reasons” are. If you pretend to be someone to gain the acceptance of others, you are not being your true self.

This sort of existence only affords you fake happiness that will not last, and the raccoon warns us that living a deceptive life will only attract negative things. Masks are not always bad, but be aware of when and why you wear them.

Raccoons have various meanings ranging from deception to mask-wearing to being a scavenger. It is not entirely negative, though, as there are positive elements of the raccoon, such as intelligence, resourcefulness, and the ability to see through deception.

The raccoon’s other great aspects include adaptability, strong protective instincts, and tenacity. All in all, they are remarkable creatures that show that even though society typically views them in a certain way, they are founts of some rather stellar wisdom.

See if you relate to any of these popular spirit animals. 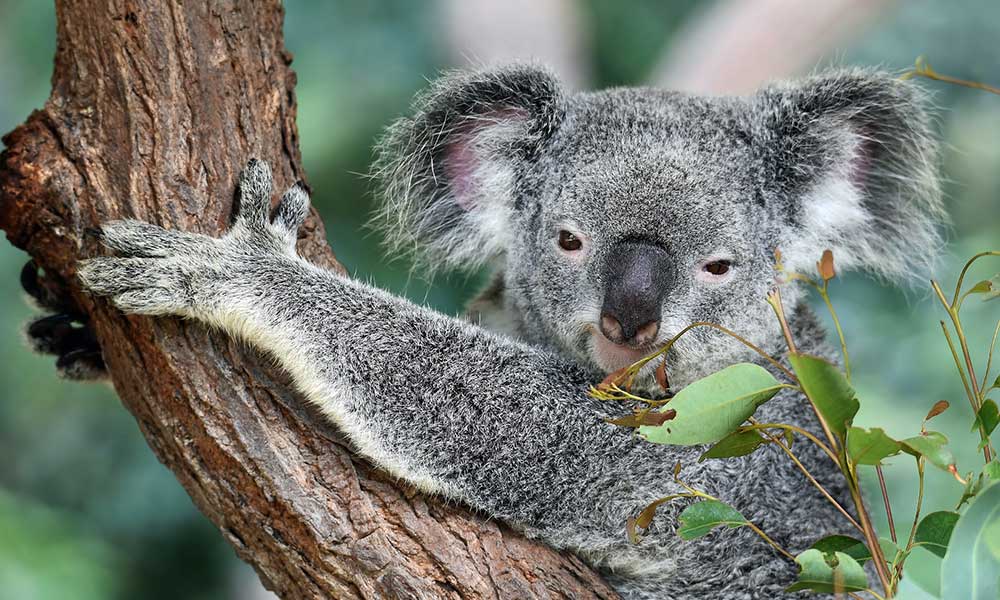